The Charge of the Light Brigade (Tribute TFC 1005) 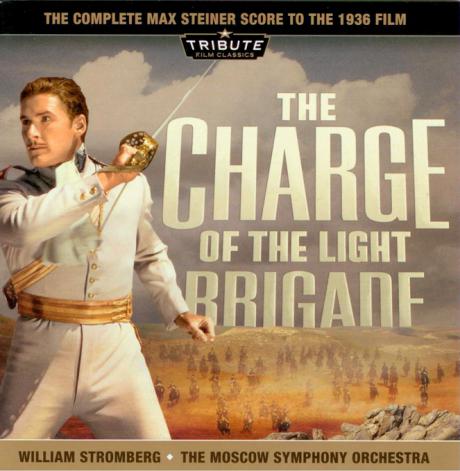 In 1936 Steiner severed his ties with RKO and inaugurated a long, fruitful tenure at Warner Bros. His “audition” for the job, in effect, was this score for the Errol Flynn action-adventure film The Charge of the Light Brigade. Steiner met and even exceeded his usual high standard, contributing a score of epic quality. Although the film was based on an actual historical event during the Crimean War, Warners discarded most of the known facts and substituted a story that was almost entirely fictional. Nevertheless, Steiner’s score invests the film with a sense of majesty and tragic heroism, along with a climactic passage of incredible sustained intensity. This brilliant rerecording sprawls across two discs, allowing the inclusion of cues written for the film but eliminated from the final cut; the separate score for the promotional short The Light Brigade Rides Again; and a surprise bonus track at the end.