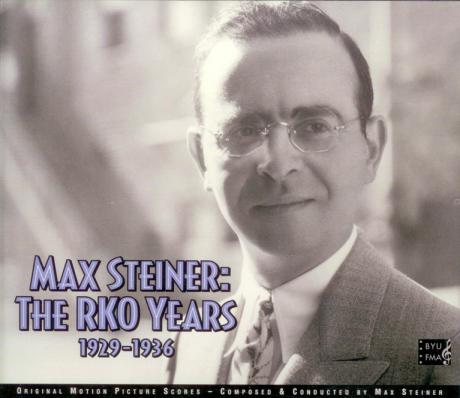 This extraordinary three-disc collection documents the beginnings of Steiner’s film career, when he transformed the art of film scoring while working as a staff composer at RKO Radio Pictures. In an astonishing act of historical retrieval, these three discs preserve music from no fewer than ten different films, beginning with Cimarron (1931) and ending with John Ford’s The Informer (1935)—the film that won Steiner his first Academy Award®. In between is an impressive array of titles illustrating some of Steiner’s wide musical range and adaptability. Some of my all-time favorite Steiner scores, including The Little Minister and Ford’s The Lost Patrol, are included in this set, as are precious fragments of lesser-known scores like Sweepings and Of Human Bondage. There are even some bonus tracks representing alternate takes and unused music. If you care at all for Steiner’s music, you cannot afford to be without this collection.