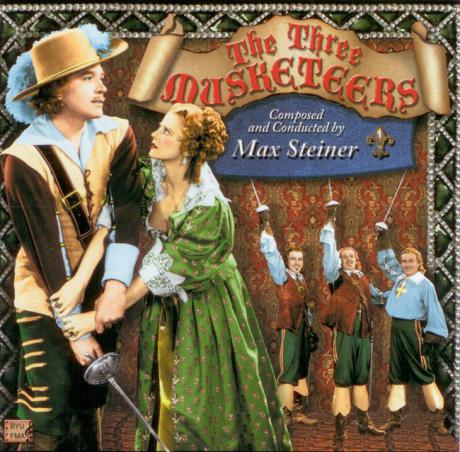 The first major sound-film version of The Three Musketeers, produced by RKO in 1935, suffers a lackluster reputation today because it fails to live up to the standard of the silent Douglas Fairbanks version of 1921. This charge is true enough, but it seems a little unfair since no other version has ever measured up to the Fairbanks original. In any case, the RKO Three Musketeers has distinctions of its own, chief among them a splendid musical score by Max Steiner. Combining evocative dramatic motifs, furioso action music, and lovely romantic themes, the Musketeers score immeasurably heightened the effect of the film in 1935. It survives today in a nearly complete set of acetate recordings, captured and preserved in this lushly produced CD.