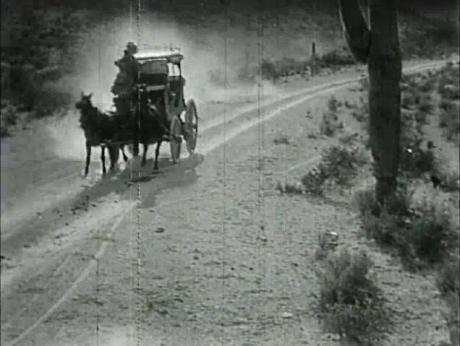 August 2014, the month when this post will appear, marks the retirement of Annette Melville—the founding director of the National Film Preservation Foundation, and, I’m proud to say, a friend of mine. On the off chance that anyone reading this website is not already familiar with the NFPF, I highly recommend a visit to their website. Since its inception in 1996, under Annette’s able leadership, the Foundation has performed a crucial service. The work of film preservation is not only a difficult business, but a very expensive one, and the Foundation has taken on the task of coordinating individual preservation projects: searching out available funds and then matching them to the institutions and laboratories that perform the work. Over a period of nearly twenty years, they’ve logged an impressive record. Thanks to the efforts of Annette and her team, countless films have been saved from extinction. The recovery of a huge cache of American films in a New Zealand archive a few years back—restoring to view nearly 200 “lost” cinematic treasures, including John Ford’s Upstream—is one of the NFPF’s more spectacular success stories, but there have been plenty of others.
Compounding its good works, the NFPF has not only preserved these films safely in archival vaults, but has made it possible for us to see them for ourselves. Their series of DVD collections, beginning with Treasures from American Film Archives and continuing through five successive installments, is a rich banquet for the classic-film enthusiast. (Annette’s husband, Scott Simmon—one of the best film historians in the world, in my opinion—has made an important contribution of his own to these DVD sets, immeasurably enhancing them with his technical and historical expertise.) As if that weren’t generous enough, still more of the preserved films have been made available in the form of streaming video on the NFPF’s website, in a section called the “Screening Room.” Literally scores of classic films have already been offered in the “Screening Room,” and still more, including some features, are being added as I write these words.
In honor of the important work Annette and the Foundation have done over the years, I’m singling out just one of those films for attention this month—a film that is only a few months shy of 100 years old. The Girl Stage Driver, sandwiched in among a wealth of more attention-getting titles, might be easily overlooked—but in fact, like other films in the “Screening Room,” it’s a little gem that amply rewards a viewing. This film is a two-reel Western from the early 1910s, a period when American filmmakers produced one- and two-reel Westerns in great quantities. As such, I think it’s a fascinating glimpse of a subgenre that soon gave way to larger-scale features.
As its title suggests, The Girl Stage Driver features a female protagonist who takes over driving a stagecoach when the previous driver, her father, is killed by bandits. As the title may not make clear to modern eyes, the idea of casting a woman in such an active role was hardly a novelty in 1914. Pearl White, Ruth Roland, Helen Holmes, and other plucky heroines abounded in American films during this period, performing stunt-filled heroics in serials, Westerns, and other action films. Time and again these characters were told to stay out of the way and leave the hard, dangerous work to the men—and time and again they proved themselves more than a match for their male counterparts. In her Westerns, including this one, Edna Payne joined the ranks of such heroines. Her acting skills were adequate, but equally to the point, she could ride, shoot, and handle a lariat with ease. True, in this film she runs afoul of the same bandits who killed her father, and her sweetheart, the sheriff, does ride to the rescue and save her. But it’s also true that, as the story continues, she proceeds to rescue him,and at one point in the film she captures the bandits singlehanded.
The Girl Stage Driver was produced by the American branch of the French production company Eclair, for release through Universal. American Eclair maintained offices and studio space on the East Coast, but late in 1913 they opened a small additional studio in Tucson. This was the model for much of Western film production during this period: companies with small production facilities in Western locales, where exteriors could be filmed against natural settings. Eclair took full advantage of the picturesque desert scenery surrounding Tucson, and turned out several miniature frontier dramas like this one each month.
This offbeat little Western, which we are privileged to view today from a distance of fully a century, is not only entertaining but an invaluable slice of history. It’s one more piece among the many thousands that collectively form our cinema heritage. As we enjoy it today, we can be thankful for the heroic efforts expended by the NFPF, and its partner institutions, to preserve that heritage.