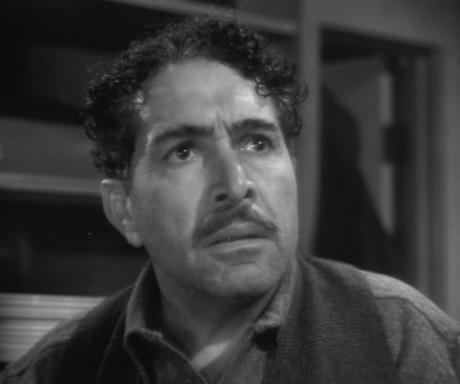 It’s Christmas Eve, and a brilliant star blazes in the night sky—an electric star, a huge advertising device that can be seen in the desert from miles away. As the film opens, Nick, the proprietor of a roadside auto camp, is fastening the huge contraption to a tower to help attract business to his establishment. But when a hitchhiker happens along, admires the sign, and wishes him a merry Christmas, Nick is having none of it. Nick himself hates Christmas. His response to the stranger’s good wishes is a bitter tirade on the greed and hypocrisy of the human race. As if to corroborate his misanthropic rant, he must endure the complaints and demands of a parade of dissatisfied guests at his auto camp.
This is the opening scene of Star in the Night, an offbeat Christmas movie produced by Warner Bros. in 1945. The film continues with the ensuing events of the evening. I’ll avoid any spoilers here; suffice it to say that the outcome of the story will have a profoundly moving effect on Nick’s heart—and those of his abusive customers, and quite likely those of the film's audience as well. It’s an unexpectedly touching little film, told in the unlikely setting of a two-reel short.
Leonard Maltin has written about this film, relating director Don Siegel’s account of its making: Jack Warner and Siegel had been feuding, and Warner, as a gesture of peace, offered Siegel a chance to start over by directing short subjects. According to Siegel, he deliberately suggested two stories that Warner was bound to reject. Instead Warner accepted them both, Siegel directed them, and both won Academy Awards! Star in the Night was one of the two stories. If this anecdote is true, Siegel's initial instinct reflects the natural resistance that many modern audiences felt, and still feel, toward overtly heartwarming stories—and undoubtedly there are viewers in our own time who may react with cynicism to this film. Personally, I think it’s terrific.
To be sure, a film story like this is extremely difficult to pull off without topnotch writing, directing, and acting. Happily, Star in the Night has all three. The star performance here is that of J. Carrol Naish as Nick. Naish was one of the gallery of beloved character players who contributed so much to the Golden Age of Hollywood; he appeared in literally hundreds of films, often unsung and sometimes without credit. In this short subject he gets a starring role, and proves himself an actor of sensitivity and conviction. The main narrative drive of Star in the Night turns allegorically on the original Christmas story; but there’s also another familiar convention: the lost soul (Ebenezer Scrooge, the Grinch) who experiences a change of heart as a result of the magic of the season. In this film, the whole story hinges on Naish’s performance in this role—and he turns in a compelling performance, one that lingers in the viewer’s memory. This unassuming little short emerges as a film of unexpected dramatic weight, largely thanks to Naish’s portrayal.
A close second in acting honors goes to Donald Woods as the hitchhiker. Woods was another familiar face in Hollywood films, at Warners and other studios. 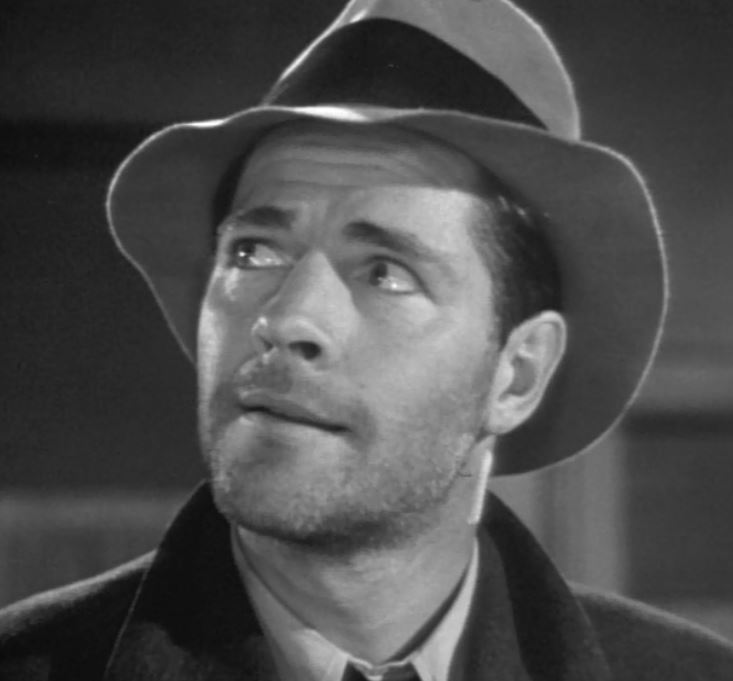 In this short he’s the image of the common man—just a regular guy at heart, down on his luck but always ready with a kind word and a helping hand. Woods functions as the voice of the film, prevailing on Naish not to give up on life or turn his back on the rest of the human race.
I like this film for more reasons than one, not least for the way it captures the spirit of its time. In the 1940s a generation of Americans, who had just endured the Great Depression and a world war, adopted a kind of tough romanticism—the ability to look unflinchingly at life’s problems without losing hope. It’s an enormously appealing quality that is palpable in many films of the period, including a much better-known holiday film, Frank Capra’s It’s a Wonderful Life. And it’s a quality that helps to make Star in the Night so engaging. The film explicitly evokes the Biblical story of Christmas, but the dialogue is rigorously nondenominational. “On this night,” says Woods in one scene, “people have songs in their hearts, and renew their patience and courage for what may come. That’s the real meaning of Christmas.” I think many of us, believers and nonbelievers alike, can embrace that sentiment.