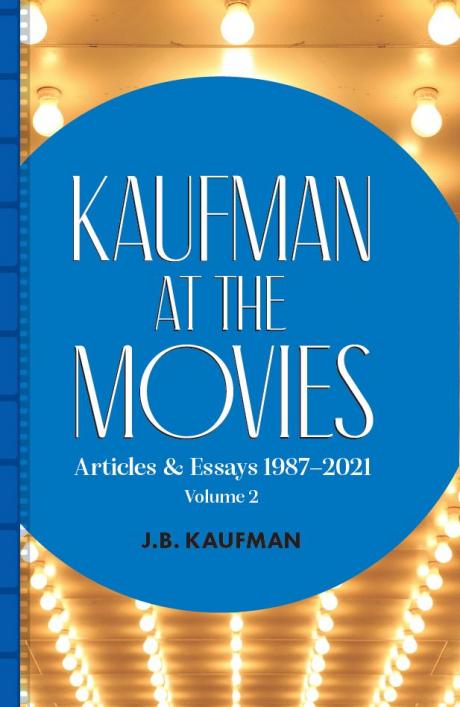 Alongside his full-length books, J.B. Kaufman has been writing articles, essays, festival program notes, and other short-form pieces since 1987. Most of those short pieces are long out of print. Now the best of them, and some new ones, are collected in a two-volume anthology. Volume 1, pending copyright approvals, is currently delayed. Volume 2 is available now on Amazon.

This second volume focuses on stories from the rich and endlessly varied world of American silent and early sound cinema. These articles are based on decades of archival research and interviews with the original filmmakers, and some are substantially updated and expanded from their originally published versions.

The Unpardonable Sin, an Unmarketable Film
[first published 1989]
The making of a controversial World War I film, The Unpardonable Sin (1918)—completed just as the Armistice was signed—and the producer’s efforts to market his war film to what was now a postwar audience.

Public Opinion and the Waite Murder Case
[first published 1996]
The 1916 film Public Opinion, starring Blanche Sweet, revolved around a fictional murder case. But the film’s screenwriter drew heavily on an actual murder case, far more sensational than the one in the film, that was playing out in newspaper headlines during the film’s production.

A Lost and Found Romance
[first published 2013]
Classic film enthusiasts were elated in 2007 at the release of the “RKO Lost and Found,” six films that had been unavailable for more than half a century. This article explores one of those restored films, the delightful pre-screwball comedy Rafter Romance (1933), with Ginger Rogers in an early starring role.

Footloose Widows in Havana:
The Changing Face of Warner Bros. Comedy, 1926–1933
[not previously published]
From the historic rise of the Warner Bros. studio in the 1920s comes an account of three films, all based on the same story but each radically different from the others, with stars ranging from Louise Fazenda and Jacqueline Logan to Joan Blondell and Glenda Farrell.