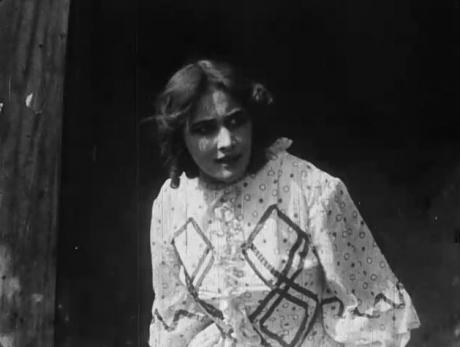 It’s been some time since I used this space to call attention to the activities of the National Film Preservation Foundation—but their good works have been continuing steadily all the while. As this post goes online, the NFPF has just unveiled the first fruits of an exciting new project. A large collection of “lost” American silent films, discovered in the collection of the EYE Filmmuseum in Amsterdam—one of the world’s leading film-preservation centers—has now been repatriated and, through a large-scale cooperative effort among American agencies, is being preserved and restored to view. The NFPF has not only helped to coordinate this complex rescue effort, but has now made the first six restored films available online in the “Screening Room” section of its website, with more to follow at a later date. Having accepted the Foundation’s kind invitation to write a program note for one of those films, the novelty/educational reel Fifty Million Years Ago (1925), I’m now taking the liberty of commenting on another of those precious finds.
The Darling of the C.S.A. is one of the countless short Civil War films produced by American filmmakers during the years 1911-1915, the semicentennial of the war itself. Vivid recollections of the conflict, still fresh in living memory during those years, produced a flood of literary, stage, and film stories with Civil War settings. I recently commented on one of those films in this department, but there were literally hundreds of others. In fact, enthusiasts who have followed the NFPF’s earlier activities will recall a DVD collection that included the 1912 Kalem short The Confederate Ironclad. In that film, Anna Q. Nilsson appeared as a Northern spy who helped to engineer an (ultimately unsuccessful) attack on the armored boat of the title.
The Darling of the C.S.A., another Kalem short released about a month earlier in 1912, finds Ms. Nilsson on the opposite side of the conflict. Here she’s the title character, the “darling” of the Confederate army—not with the crude implications that might have been expected in a later film, but as the “idol” of the troops, as one trade review put it, one who enjoys “the loyalty of the whole army.” Here again she’s a spy, and the film details some of her exploits. Unlike some films that adopted a more serious tone, The Darling of the C.S.A. is essentially a breezy adventure story in which Nilsson pulls off one daring escapade after another—aided, it must be said, by the none-too-bright officers of the Union army. When the occasion calls for it, she’s fully prepared to don a man’s uniform and masquerade as a soldier—a ploy so often used in these films that, as Laura Horak points out in her online program note, it constituted a subgenre unto itself. (D.W. Griffith had directed a particularly notable example, The House with Closed Shutters, in 1910.)
In this case, Nilsson contrives to have herself captured by the Northern army and placed in captivity in an officer’s tent—whereupon she promptly sheds her dress, revealing a Northern uniform underneath, shoves her long curls up under her cap, steals the army’s battle plans, and coolly walks out, past her captors and back to safety! Later, in anguish over the troops’ costly and unsuccessful efforts to capture a Union fort, she gives herself up again, deliberately placing herself in harm’s way to motivate her friends to make one more attempt on the fort.
Anna Q. Nilsson is remembered today as a lovely and popular leading lady in films of the 1920s, but as these Kalem pictures reveal, her career was already in full swing in the early 1910s. In both films she demonstrates that her acting ability was fully up to the limited demands of these stories, and she handles her horseback riding scenes with skill and assurance. To have access to one of these films is a priceless gift; to have both is to have the beginnings of a perspective on one more aspect of early American film. And it’s a fresh reminder of the debt that we owe the National Film Preservation Foundation and its fellow institutions, as they continue the painstaking work of resurrecting our film heritage, bit by fascinating bit.