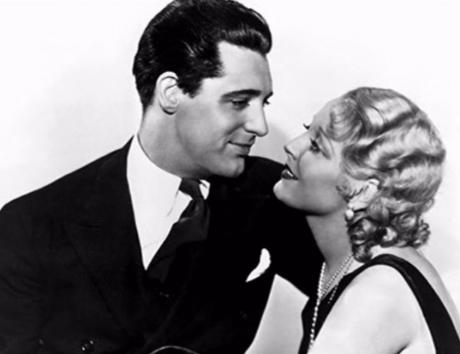 There are quite a few of us who maintain an interest in early film musicals—“early” in the sense that they predate the towering landmark classics of 1933. These earlier films, as a group, have traditionally suffered a disparaging reputation. We’ve been told more than once that the talkie revolution of the late 1920s, and the confining limitations of early sound equipment, ushered in a flood of dreary, uninspired musicals; and that audiences tired of them so quickly and so utterly that musicals of any kind became box-office poison—until 42nd Street and the other blockbusters of 1933 served to revitalize the genre, turned it around, and freed it decisively from the limitations of the stage. This has become the clichéd summary of those early years, and as with most clichés, there is some truth in it.
But it’s also true that there were many exceptions to the rule. That “prologue” period of roughly five years, so long hidden in shadow, was actually an extraordinarily rich chapter in film history, one that has inspired at least one book-length study: Richard Barrios’s excellent A Song in the Dark. It’s true that far too many tedious, lackluster musicals appeared between 1928 and 1932, and earned their bad reputation. But there were also disarming surprises like The Broadway Melody, the sparkling, witty Continental musicals of Ernst Lubitsch, and the efforts of other directors such as Rouben Mamoulian and René Clair, who experimented with new ideas and techniques and found truly cinematic ways of telling a musical story.
One musical of this period that persists in falling through the cracks is This Is the Night—partly because it doesn’t fit any convenient category. Strictly speaking, it’s not really a musical at all; it’s more a pre-Code Continental romantic farce, liberally punctuated with music. Its director, Frank Tuttle, a reliable contract director, is hardly regarded today in the same class with Lubitsch or Clair. But This Is the Night was produced at Paramount, Lubitsch’s home studio, and absorbed much of that studio’s frothy, elegant atmosphere. (And, in fact, it’s based on a story that had already been produced as a Paramount silent in 1926, starring Pola Negri.) For viewers who enjoy such films but are unaware of this one, This Is the Night is a delight and well worth seeking out.
Perhaps one reason for the film’s lack of recognition is its oddball casting. It’s designed as a starring vehicle for Lily Damita, an actress who enjoyed a vogue in both Europe and the U.S. but is practically forgotten today. Opposite her, Roland Young, a beloved character player—but one whose very stock in trade was his middle-aged, understated, soft-spoken, all but somnolent persona—is cast, surely with tongue in cheek, as an irresistible ladies’ man.
Today’s film enthusiast is apt to take more interest in two of the supporting players: the lovely Thelma Todd as Young’s paramour, and a very young Cary Grant, in his first feature-film role, as her husband. The script asks us to believe that glamorous Thelma, married to the dashing Cary Grant, is carrying on a clandestine affair behind his back with the mousy Roland Young. Once we accept that premise, and the cockeyed sense of fun that goes with it, the story proceeds along its lighthearted course.
Tuttle gets the proceedings off to an appropriately cinematic start in the very first sequence. Alighting before a Paris night spot, Young’s chauffeur (in what will become a running gag) accidentally closes the car door on Thelma’s dress. As she walks away, her dress is pulled off, affording bystanders an unexpectedly generous view of Thelma and her lingerie. “Madame has lost her dress!” cries one onlooker, and another echoes the same line. The camera cuts from one face to another, and soon all Paris is a chorus, announcing in song that Madame has lost her dress. Within moments the news is being broadcast from the Eiffel Tower.
Presently the action moves on to Venice, a Venice composed rather convincingly of standing sets and stock footage. Happily, This Is the Night is available on DVD, in a “TCM Vault” edition that preserves a touch of color from the original release: a lovely blue toning effect for the night exteriors in Venice. This simple visual device is strikingly effective, balancing the farcical nature of the film’s comedy scenes with a surprising warmth and tenderness in its romantic interludes.
It’s also worth mentioning that, like other contemporary Paramount films, this one manages to work the Olympic games, taking place in Los Angeles in 1932, into its plot. There are many other little points of interest hidden in this film, but I’ll refrain from reciting them here; better to leave them to the delighted discovery of the viewer. Suffice it to say that, with so many qualities going for it, This Is the Night is a film that invites rediscovery and appreciation.