Snow White and the Seven Dwarfs: The Art and Creation of Walt Disney’s Classic Animated Film 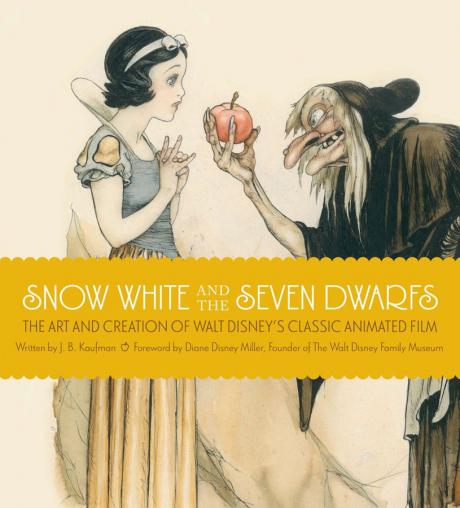 This companion to The Fairest One of All, published in commemoration of a comprehensive exhibition of Snow White production art, reproduces over 200 original works of studio art in sumptuous color.

10. A Special Sort of Death

Jerry Beck, Cartoon Brew:
This second Snow White book by J.B.—not to be confused with The Fairest One of All, both on sale today—is primarily an art book published in conjunction with The Walt Disney Family Museum’s new exhibit, Snow White and the Seven Dwarfs: The Creation of a Classic. This book walks the reader through the movie, scene by scene, accompanying the art with behind-the-scenes stories about the film’s production. I highly, highly recommend it!!

Didier Ghez, Disney History:
I have just received the review copies of JB Kaufman’s two long-awaited books about Snow White and they are as outstanding as expected. I will write a few lines today about the catalog of the Walt Disney Family Foundation exhibition, Snow White and the Seven Dwarfs: The Art and Creation of Walt Disney’s Classic Animated Film […]

The most surprising thing about the catalog, is that if it had been handed to me without any hint that the “main book” (The Fairest One of All: The Making of Walt Disney’s Snow White and the Seven Dwarfs) existed, I would have been convinced that it was the best art-book ever about the movie. That “catalog” is 256 pages long and must contain about 600 illustrations, at least 30% of which I believe I had never seen before.

The concept drawings by Ferdinand Horvath for the Dwarfs or the Witch are priceless, as are the live-action reference photos showing Marjorie Belcher (the series with Perce Pearce in itself would be worth the price of the book from my point of view). The sections about “The Snow White that Never Was” are also full of jewels which will satisfy even the most serious Disney historians.

The text in this catalog is fairly short (much more detailed than in any other “catalogs” however and as long as in some books released by Disney Editions in recent years) and is aimed at a rather broad audience in this specific instance.

If you can afford to buy the two books, you really should do it. There is clearly some overlap, but I believe you will not regret it.